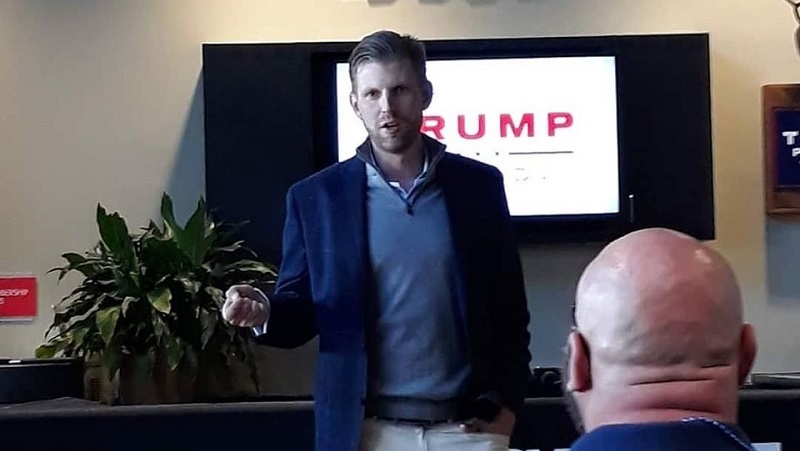 On Feb. 17, the Mecklenburg County Republican Party welcomed Eric Trump to Charlotte at an event at Blackstone Shooting Sports.

The scheduled visit is in support of other Republicans on the 2020 ballot, as well as his father, Donald Trump.

"With the far left choice of freedom-restricting candidates on the Democratic side this year, we are ready to share our message that this is Trump Country," the party stated on its Facebook page.

It is common for Eric Trump will show up to a shooting range in support of his father. He is an avid outdoorsman and says that if he is not working, he is shooting.

In the past, Eric Trump showed up unexpectedly to Drake Landing, in Fuquay-Varina, North Carolina, which is a 2,000-acre shooting range, in support of the Republican Party and his father.

Want to get notified whenever we write about MECKLENBURG COUNTY REPUBLICAN PARTY ?

Sign-up Next time we write about MECKLENBURG COUNTY REPUBLICAN PARTY, we'll email you a link to the story. You may edit your settings or unsubscribe at any time.